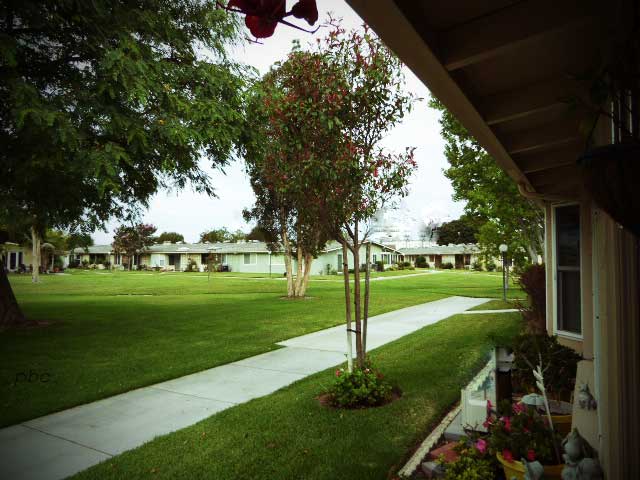 This morning I took this photo from Mom’s front porch. She looks out onto a lovely green-belt. A great view and a the perfect place for walking. Two years ago coyotes moved in and became a major threat to dogs, cats, and rabbits in the neighborhood. About six months ago, they suddenly disappeared. The community began to relax and the dog walkers began to leave their canes, walking sticks, and whistles at home. The local rabbit population began to expand once more, and it looked like all were safe for the time being, or so they hoped, then last week, one of Mom’s neighbors called to tell her she’d spotted a coyote on her morning walk. 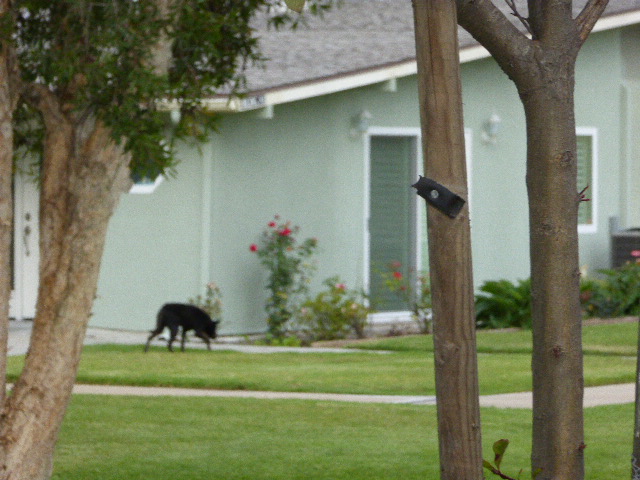 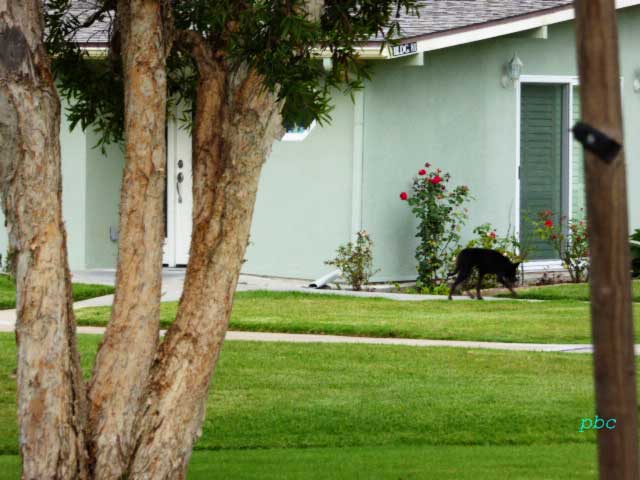 This morning during breakfast, Mom spotted a coyote across the green looking for breakfast. I ran for my camera,but the above photos  where all I could take before he turned a corner and disappeared. It looks to me like the time has come again,  to pick up those walking sticks and whistles.